Our emergency medical fund for special needs cases at the city shelter will help insure that no treatable injury or illness will keep pets like Darla from care, simply because of financial resources. Thank you for donating! 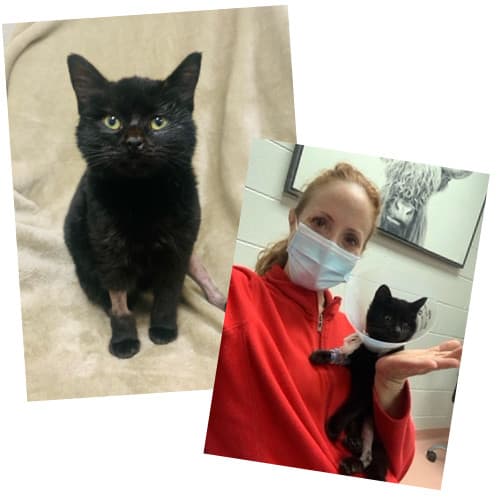 Just after the New Year, Poppy was found as a stray, limping around Fort Jackson with a defective kneecap that just wouldn’t stay in place. It kept popping in and out of place. Poor Poppy!

Thanks to the quick work of the shelter vet team, Capital Animal Hospital, and your contributions through the Darla Fund, she had a successful surgery to correct the issue and will be going through her daily rehab work with Dr. B at Columbia Animal Services for the next couple of weeks. And then off to her next big project……finding a home!

Status – Rehab and recovery. Will be available for adoption in late January 2022. 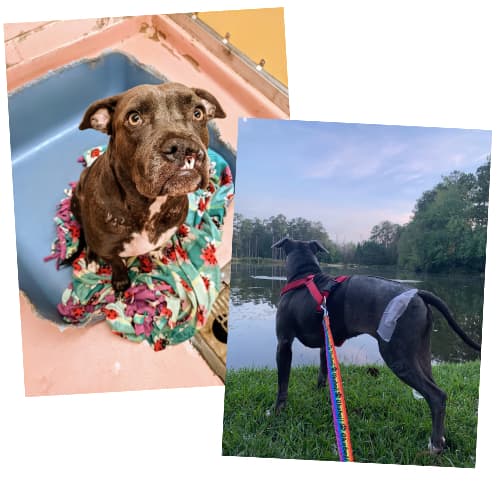 Darla arrived at Columbia Animal Services with a severe hip injury, likely from being hit by a car. After speaking with her previous owner, it was apparent she had been living with this painful condition for some time. She needed an advanced procedure called a Femoral Head Ostectomy to remove the damaged portion of her femur. FHO procedures are expensive and require up to 8 weeks of recovery to fully heal, but the result will be restored mobility and greatly reduced chronic pain. You may have also noticed her beautiful, crooked smile. It’s a palate birth defect, and not from the accident. We kinda like it, and it’s not painful to her at all….in fact, we think it’s just another reason she’s special.

We have been inspired by her story and her bravery, and have decided to name our emergency medical fund for shelter animals in her honor. 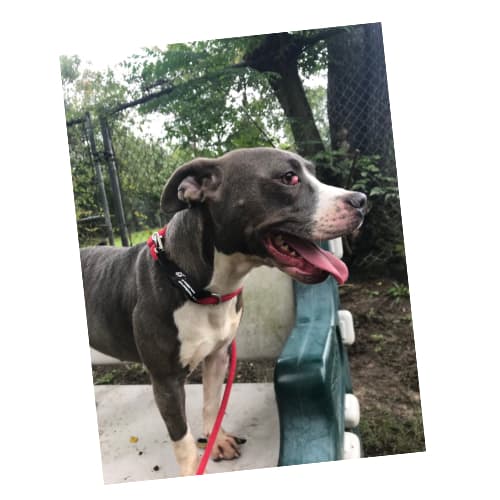 When Alice was surrendered to Columbia Animal Services in April, she had a common condition called cherry eye, and in spite of her playful and affectionate personality, she was passed over for adoption again and again. After several months, she began to shut down in the shelter environment, which was too loud and stressful for her. She had quickly become a favorite of the shelter volunteers though, and they knew they needed to do something to intervene. Hoping that removing the cost of repairing her eye (as well as treating her heartworm positive status) might help her find a home more easily, we reached out to the public for assistance, and they came through for Alice. With her eye now repaired by an eye specialist and her heartworm treatment in progress, she’s now living in an amazing home, where she belonged all along. 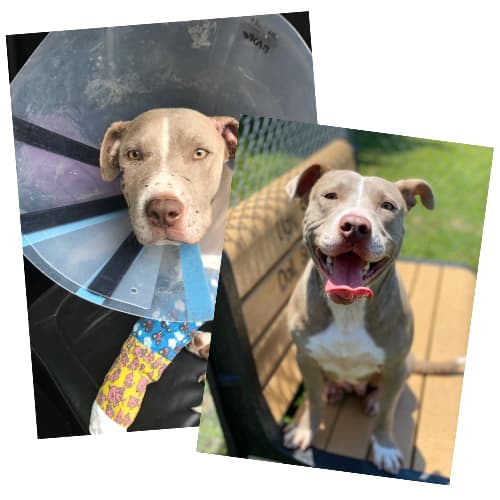 Aubrey was a 1 year old blue pit when she was found behind a mechanic’s shop with serious wounds that appeared to be from a number of dog bites. We don’t know the circumstances beyond that. She had severe laceration to the face, ears, and severely bitten and swollen left front leg. She was very underweight, dehydrated, and unable to stand or lift her head when she was found. The lady who found her brought Aubrey to Columbia Animal Services to be humanely euthanized, but we knew she had a heart of gold and a little fight left in her. Aubrey has now fully recovered after several rounds of wound treatment and rehabilitation.

All expenses covered by anonymous donor.

What is a No Kill Community?
Trap Neuter Return
Make a Donation
The Paw Path
Fill the Red Truck
Palmetto Peanut Boil